This mephisto was impaled by vlad 1.0 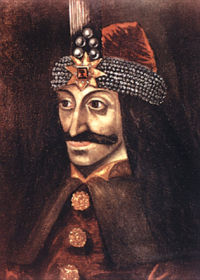 The ruby hit squad just released vlad 1.0, a merciless deployment tool, very similar to capistrano. I just new I had to install it when I saw the name, with me being Romanian and all. Thanks for not calling it Dracula!

As opposed to capistrano, vlad doesn’t come with it’s own runner. You have to manually require it in your Rakefile and it’ll add a bunch of deployment related tasks in the vlad namespace. It also has very few dependencies and uses your current ssh settings to connect.

Coming from capistrano, there are a few things you have to do manually for now to get a similar setup.

Vlad doesn’t have after or before tasks (yet), so you’ll have to add new tasks and wrap existing ones to get the same functionality:

It also doesn’t define a deploy task, to allow people to stick things together the way they need it. There’s a sample task in vlad’s bugtracker if you need an idea.

It also assumes you’re using mongrel_cluster as your server if you use the built in start, stop, restart tasks. I use monit so I just added my own and ignored the default ones.

So, it does the same things as capistrano and I just tried it without a real goal. But I was able to look in the source and find answers almost instantly. Simpler code is always nice.

Even if that doesn’t matter to you, It may be worth it to use just for the sheer coolness of being able to put in your resume:
“used vlad the impaler to deploy applications using sphincter”. :)

ps: There’s a bug with running sudo commands in 1.0, so you might want to wait for a new release if you don’t want to manually authenticate with sudo.

Currently, I am available for freelance work. You can reach me at evil@che.lu.